Nyoongar Tribal Sovereign Len Culbong Jr, after being violently arrested for acting on his right as a Tribal Sovereign to protect the Sacred Fire at Matagarup, had been given a specific bail condition that he was not to return to the island.

At his bail hearing, Len Culbong Jr asserted his Nyoongar Tribal Sovereignty before the court, and cited the Commonwealth of Australia Constitution Act – Sections 71 &116. Section 116 states that the Commonwealth shall not make any law for prohibiting the free exercise of any religion.

Cheered by his family and supporters Len Culbong Jr immediately returned to the Nyoongar Tent Embassy at Matagarup. 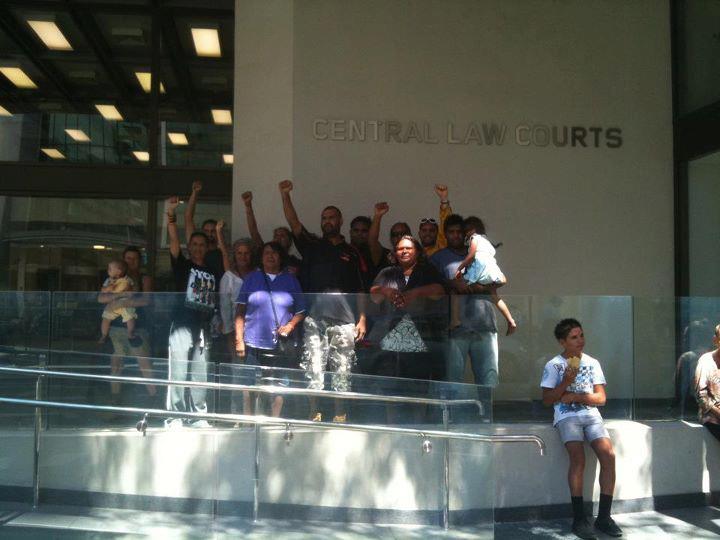 The Nyoongar Tent Embassy has various documents on Australian and State legislation as well as a ‘Guide to the Rules of Court’, which are available to all Tribal Sovereigns and supporters.
Powered by