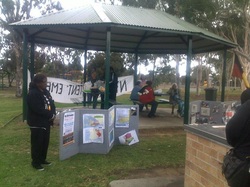 Nyoongar Tent Embassy members travelled through the Southwest in April 2012 to meet and speak with Nyoongar Tribal Sovereign Peoples in Albany, Bunbury, Busselton and Katanning, among other places. After much hard work and preparation of sovereignty document kits the NTE members travelled great distances and camped outside on the ground in cold temperatures, all for the purpose of spreading the word about Sovereignty.

Supporters, both young and old, welcomed the Nyoongar Tent Embassy members on their Southwest trip, which was well received by the Nyoongar communities visited. 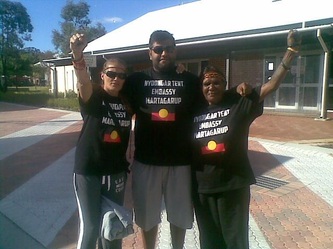 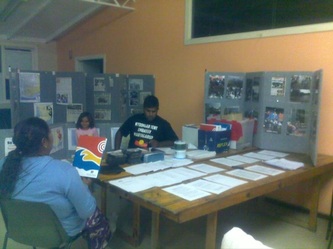 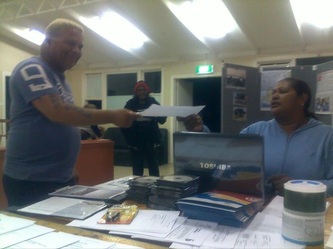 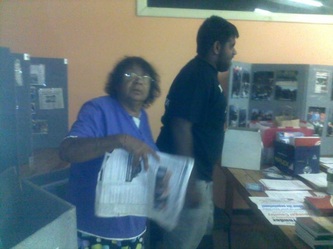 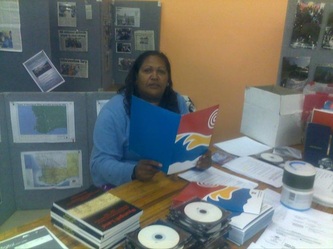 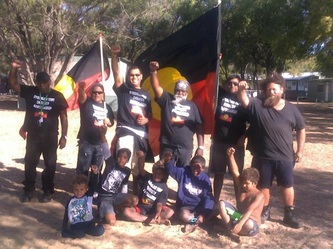 In Katanning, the children were inspired to march through the town, not once, but twice, to demonstrate their enjoyment of rights and self-determination as Tribal Sovereign People. 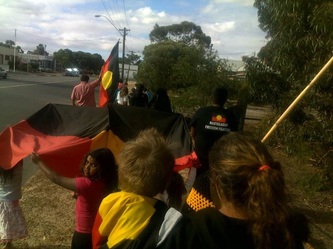 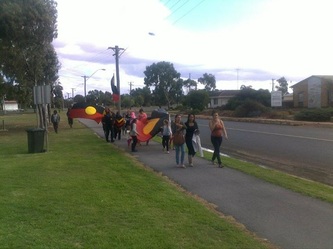 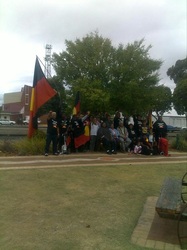 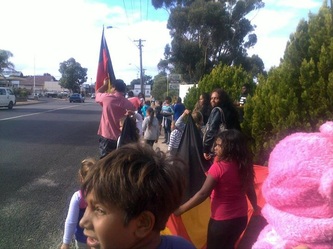 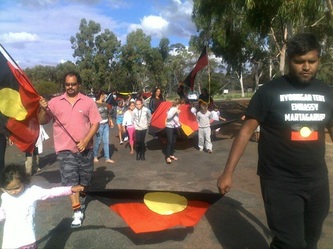 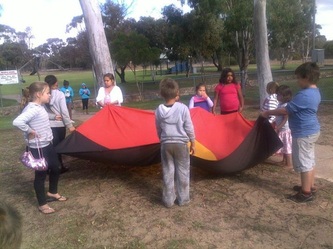