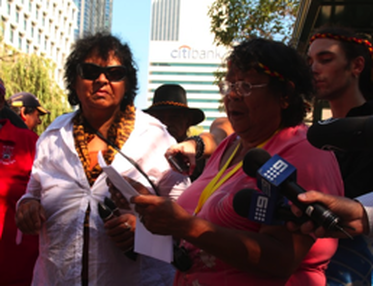 In February 2012, members of the Nyoongar Tent Embassy marched on Government House to hand over a Notice of Rebuttal Sovereignty Statement to WA Governor Malcolm McCusker. The Rebuttal Statement outlines the argument for Indigenous Tribal Sovereignty.

In August 2012, after months of meeting requests with the Premier were rejected, and although a Rebuttal Statement had been filed through the traditional avenues at Parliament House, State Government administrators advised the NTE that the papers had been lost. The Nyoongar Tent Embassy decided to serve the Rebuttal Statement to Colin Barnett in person.


The Premier’s office failed to rebut the Sovereignty Statement but sent a response rejecting claims to sovereignty. There has been no response from the Governor General’s office. 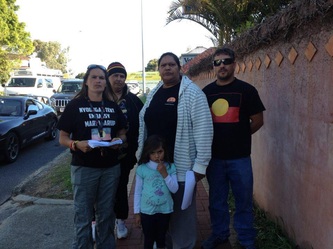 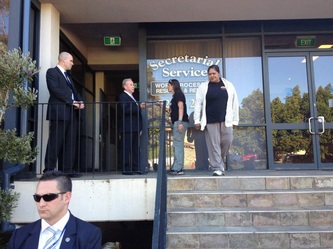