Since February 2012, researchers from Curtin University have been investigating media and public representation of the Nyoongar Tent Embassy at Matagarup. They have produced the following works: 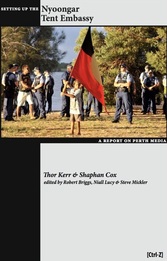 This report by Thor Kerr and Shaphan Cox analyses 100 news reports to show how a problem of Aboriginal ‘protestors’ was constructed by Perth’s media in early 2012. This media construction supported violent
police raids directed against the Nyoongar Tent Embassy, peacefully affirming native title at the sacred site of Matagarup. This site is the ‘Meeting Place, Plant Resource, Camp, Hunting Place’ of Nyoongar people recognized in Western Australian law. Yet, this law was ignored by media workers and state officials, who claimed that embassy members were breaking city bylaws by camping on ‘public’ land. By ignoring native title and Aboriginal heritage law, news reports could blame embassy participants for confrontations that reporters, editors, politicians, police and senior bureaucrats produced for the consumption of media audiences.

"The book reveals the ways in which Perth news media reports on these events routinely criminalised the actions of Tent Embassy participants at the expense of reporting on key issues of Aboriginal sovereignty and the members’ peaceful affirmation of native title. In its exposure of how reporting practices both legitimised and encouraged a violent state response to the Nyoongar ‘protest camp’, Setting Up the Tent Embassy offers both analysis of the Perth news media’s treatment of the Nyoongar Tent Embassy participants as well as insights into media representation of Indigenous issues more generally. "

The book is available to download for free here. 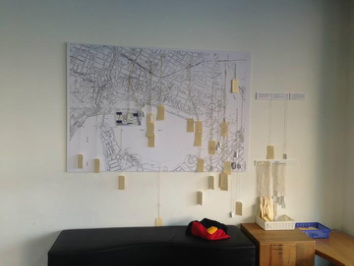 Visitors are invited to record places of Aboriginal significance onto a map of central Perth. They are also invited to indicate places where move-on notices have been received. In another part of this space, a visual display brings together official documents and news media photographs negotiated by narratives to show how a silencing of Aboriginal sovereignty has led to police violence. The window installation “I’m here all the time,” visible from both the inside and outside of the library, responds with a counter story to the recent media portrayal of Aboriginal heritage in Perth. The works have strong visual presence, inviting discussion and interaction. 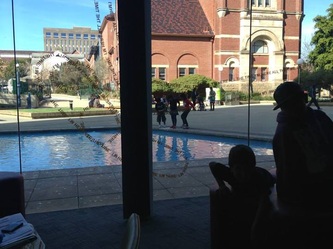 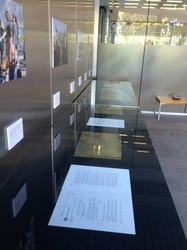 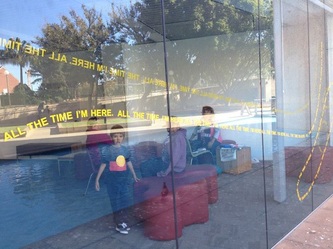