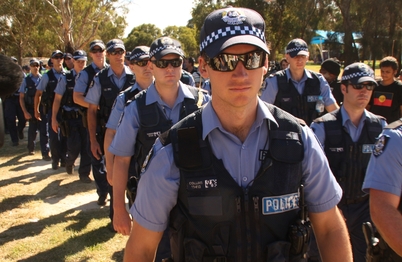 At 6am on the morning of the 19th February 2012, more than 60 police and rangers from the City of Perth marched on Matagarup, pulled down and confiscated tents, took personal property and towed and impounded vehicles belonging to Nyoongar Tent Embassy Tribal Sovereign Peoples. Members of the Nyoongar Tent Embassy issued the police with a Statement of Rebuttal outlining Indigenous Tribal Sovereignty, however the police dismissed this legal document, continued to harass Tribal Sovereigns and attempted to extinguish the sacred fire. Following the dawn raid on the Aboriginal Heritage listed site, the Premier Colin Barnett reiterated his statement that he intended to shut down the Tent Embassy despite ignoring previous invitations from Embassy members to meet and talk. The Nyoongar Tent Embassy Tribal Sovereigns would not be moved from their rightful place at Matagarup and from their duty to protect their land and culture. More tents were erected at the Embassy site later that day. 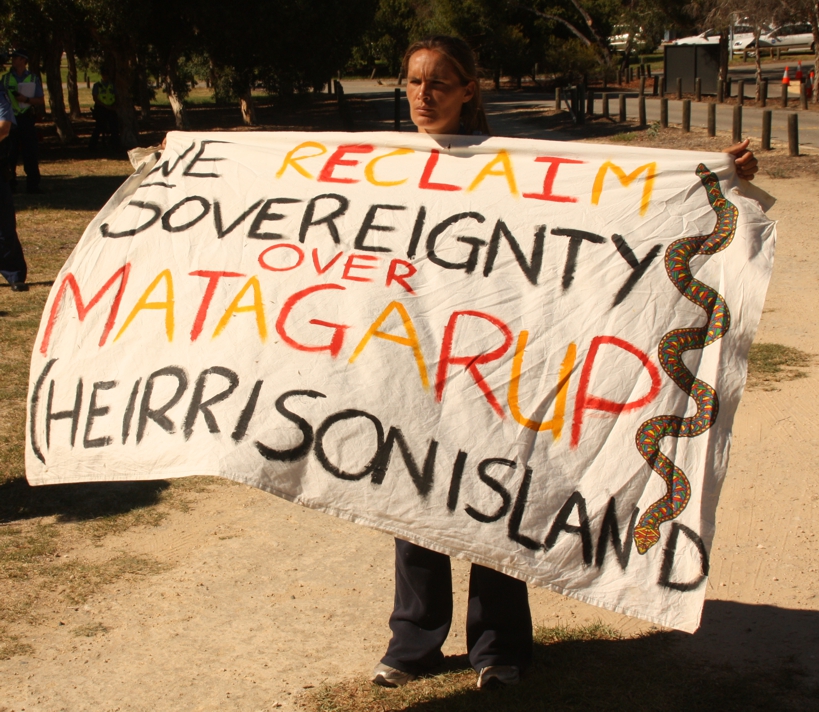 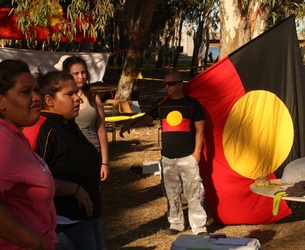 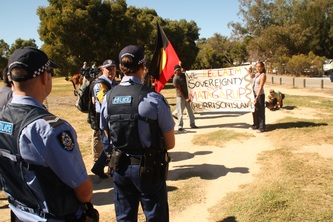 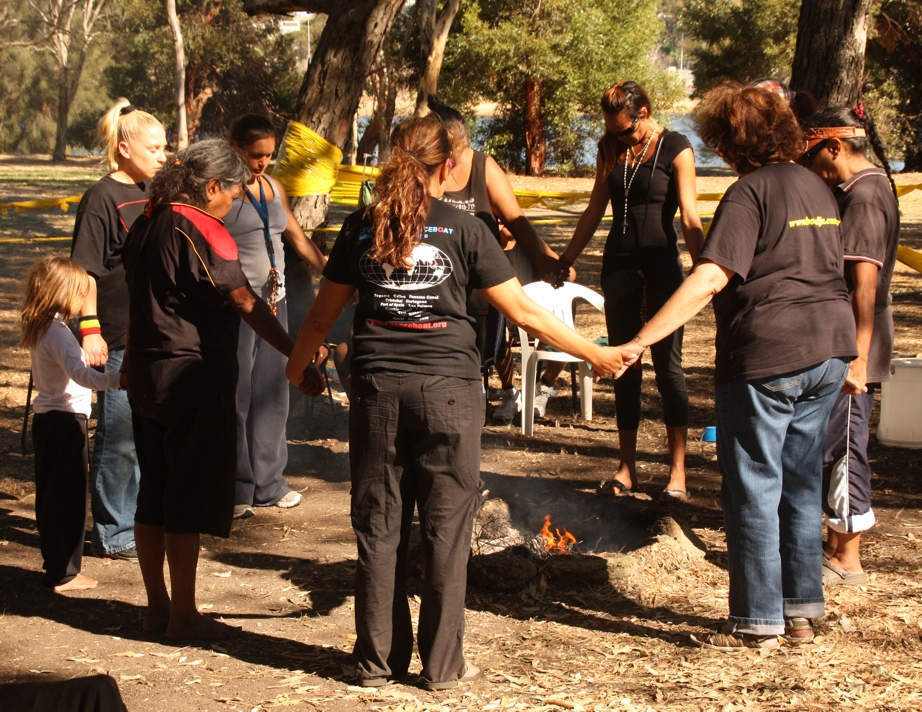